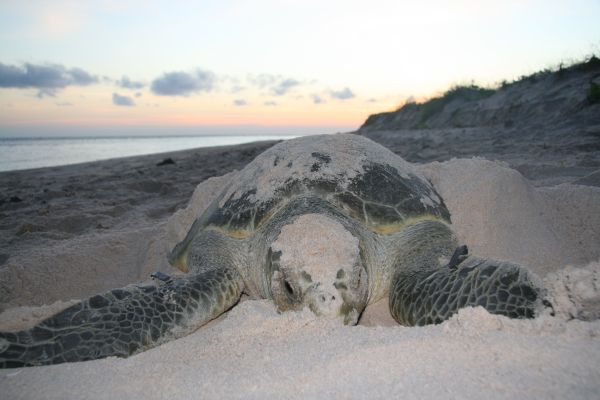 The latest on Port Melville

Surrounded by near pristine waters, the Tiwi Islands are home to 38 threatened species of plants and animals including the endangered Olive Ridley turtle. Yet the NT Government has allowed a massive port expansion on the Tiwi Islands without a proper environmental assessment - leaving our precious marine life at risk. Port Melville was finally referred to the federal Department of Environment as a Marine Supply Base. Together, Top End Sea Life supporters sent close to 400 emails to the Department of Environment asking for the highest level Environmental Impact Assessment before operation commences. Port Melville, originally proposed to service the local forestry industry, is now being promoted by the development company to act as a supply base for the offshore oil and gas industry. This means that thirty million litres of petro-chemicals will be located in a sensitive and cyclone prone area. If disaster struck, the results would be catastrophic. The endangered Olive Ridley turtle nests on the tropical beaches of the Tiwi Islands. The Tiwi Islands are surrounded by some of the last unspoiled waters on the planet. They support wildlife, corals, seagrass, mangroves, healthy fisheries, and species whose range and distribution is restricted to northern Australia. The approval of this destructive development without adequate environmental assessment is yet another example of the industrialisation of our oceans. Our Top End seas deserve better. Healthy seas are fundamental to our territory lifestyle. They support fishing, tourism and our incredible marine life such as turtles, dugongs, sharks and whales.