Widespread coral bleaching is forecast for waters off the Northern Australia coast, due to above-average sea surface temperatures that occurred in late 2018. 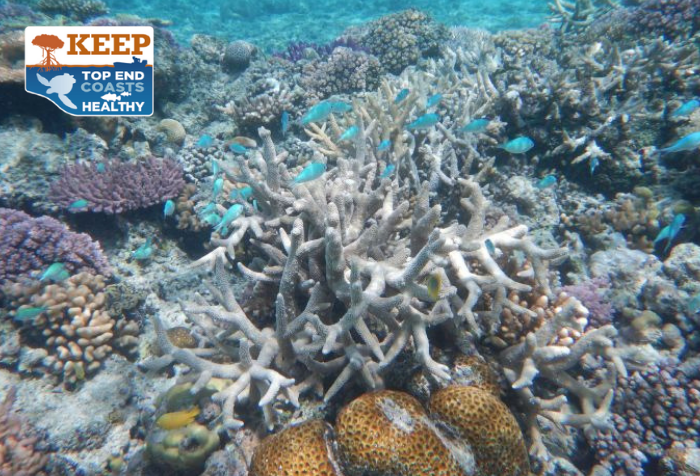 The ABC news story featured KTECH's Jason Fowler who called on both the Northern Territory and Federal Governments to increase efforts to reduce carbon emissions to try and slow ocean warming.

The Northern Territory Government's forthcoming Coastal and Marine Management Strategy should contain measures designed to reduce other stresses on the Territory's coral reefs. Add your name today telling the Gunner Government that the health of our coasts is too valuable to risk.

We need a Plan which takes effective action with no further delay - that will properly protect our coasts into the future. Our coral reefs and marine life are depending on it.